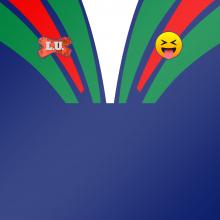 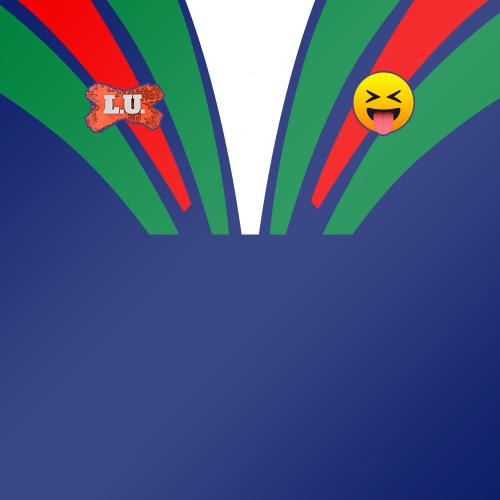 Testimonial kick for Soliola. Nails it.

Wighton with the exclamation point! Stepped through the line and walks across.

RED LIGHTS.. NO TRY! It contacted a Warrior as Oldfield tried to pick it up so it will be a scrum.

PENALTY RAIDERS! Accidental offside from the Warriors with some pinball from the kick.

He added the two easily.

Harris-Tavita backing up again! Blake Green took on the line, tried to poke through but spied his partner streaming through, and Tavita scores.

Well that sums up the Warriors effort. Aidan Sezer just casually hit a 40/20 there as the winger watched it bounce over. Raiders can just pile some pain on.

Easier this time and Croker just kicks racking them up.

GREEN LIGHTS.. TRY! Hodgson just got the ball to deck and it is due reward after a solid game all night.

PENALTY RAIDERS! Wighton with the run option on last and is taken. He gets bailed out with an offside penalty. Raiders opt for the tap.

PENALTY RAIDERS! For working over the man with the ball.

Warriors doing too much, Paasi loses it in trying to promote it.

PENALTY WARRIORS! For something cause they cut away. A tangle of legs it seems.

GREEN LIGHTS.. TRY! Wow! He looked dead to rights there, but the winger just kept pumping the legs and strolled across on the last tackle.

BUNKER TIME! Bailey Simonsson refused to go down and might have a TRY

Looking to convert his own effort. Harris-Tavita walks in, puts it over.

Warriors have points! Harris-Tavita with a nice ball to Blake Ayshford who flicked it back to the half to drive over.

PENALTY WARRIORS! Chasers were grabbed in the act. Six more to get on the board here.

PENALTY WARRIORS! A strip doesn't work for the Raiders! Joseph Tapine pinged for it.

Josh Hodgson drifted left and tried to link with the wide men but it trickled over the sideline.

Game continues in it's pattern. Raiders are rolling through the middle, just eyeing up more points and the Warriors are just holding on.

PENALTY RAIDERS! Some quick hands opened up a chance for the Warriors but the kick inside is recovered. Raiders then given a penalty and get a piggyback.

We're back on the field. Had some vision from the sheds and Steve Kearney wasn't very happy. Can they turn this around? Maybe! Let's find out.

HALFTIME :: Phew! Raiders just with an onslaught of points at the end of the half and they lead this game 30 points to nil.

Croker has his fifth conversion.

On fire! Raiders refused to die with the ball, it just went hot potato before a late flick pass sends Joseph Tapine strolled over. It was the English connection again, Hodgson and Bateman right in the thick of the action.

Probably the toughest kick of the night for Croker. He takes his time and nails it.

Raiders rampage! Hodgson poked through the line, got it to Croker who positioned Bailey Simonsson who strolls across.

Jack "hoop dreams" Wighton with a tremendous mark and Raiders roll over halfway.

Dunamis Lui trying to replicate the Josh Hodgson move ripped it free but called a knock on. Warriors scrum.

PENALTY WARRIORS! Ken Maumalo from the back fence just crashed into the Raiders defenders. He earns a penalty and here go the Warriors.

A third kick tonight for Croker. Nails it.

Death by grubbers from the Raiders! After going short, it went behind the play and the grubber is timed well for Michael Oldfield to rush onto.

Who else but Hodgson. He adds ANOTHER one-on-one steal to his tally this season. Raiders back on the attack.

PENALTY WARRIORS! Much needed there. The Raiders were up late watching the Ashes clearly, some slips catches from Sezer and Wighton to keep the set alive. The latter grubbers through but Blake Ayshford juuuust gets back into the field of play.

There must be something in the English water where they love grubbers. John Bateman steamed onto the ball on last then smartly grubbered through and collected the defender for a GLDO.

Positive set from the Warriors. Twice RTS almost split through the line but it was undone by an errant kick from Blake Green on last which rolled dead.

First misstep from the Raiders. Hodgson trying to get his forwards to roll on puts one flat and it is called.

Second kick of the evening for Croker. This time from the left, slots it.

Too big, too strong! Josh Papalii got the ball from a standing start. Puts on a small step then brushed off the second defender to cross easily.

Hodgson continues to be grubber happy, gets another result for six again. Raiders well on the attack and looking to get their second..

Had some time off for Kodi Nikorima to get treatment on his ankle but we're back underway with RTS' dropout.

More smart work from Josh Hodgson. The play had broken down, he tried to kick through the line, had it rebound back to him, took his time and rolled in a dangerous second kick which is defused. GLDO.

Warriors continue to have problems with their hands. Peta Hiku loses it in the tackle and they are back under the cosh.

RTS chimes into the line trying to get the Warriors going lofted one to Gerard Beale who is bundled over the touchline.

It has been such a controlled start from the Raiders but that is the first kick that went astray. It rolled over the deadball and Warriors earn a seven tackle set.

Mid range kick for Croker. He takes his time, sets up properly and raises the flags.

TURN BACK TIME! Former centre Iosia Soliola jumped onto another wonderful scoot from Josh Hodgson. The veteran secondrower pinned the ears back and coasted over.

Raiders making inroads through the ruck. Josh Papalii with a slight step almost burst through but the chipped kick from Wighton is well taken. Warriors on the counter.

RED LIGHTS.. NO TRY! Foiled again. Croker just lost his legs and they went over the whitewash. Some onimous sides on the Warriors right hand side though.

Warriors don't get to last again. Kodi Nikorima spied an opening, flushed down the left before his pass to Adam Blair goes to ground.

Warriors try to keep for the wing but Lachlan Burr sees it go through his hands.

RED LIGHTS.. NO TRY! Croker tried to duck underneath some heavy Warriors defense but messes up the putdown.

SIX MORE! The ball kinda just dribbled away from Sezer and it looked swatted by a Warriors. Canberra go close through Croker.

Warriors defend the first set well. Raiders don't offer much width in the set but Jack Wighton keeps them trapped with a grubber. GLDO.

Whoops! Warriors cough it up in their first set. Adam Blair goes without it.

Here we go! Friday night IS a great night for football!

Here come the Raiders in their green and white away kit. It is tough conditions in Auckland tonight but can they maintain fourth? Next out the Warriors in their beautiful 1995 inspired kit.

Happy Friday! We kick off this doubleheader across the pond. NZ Warriors looking to keep their season alive as they take on the red-hot Raiders! Can the Warriors rebound from their tough loss against the Eels whilst the Raiders just keep winnin' after they snapped the Panthers streak. Kick-off is 5 minutes away! Join us.