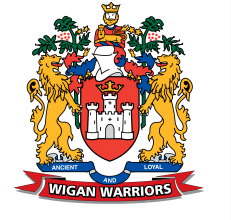 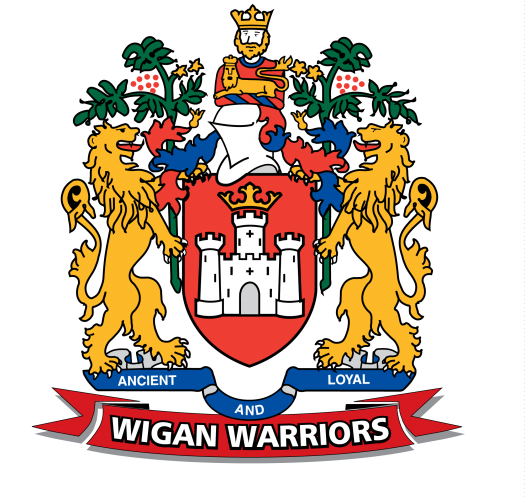 And that's full time. A strong start from the Roosters sees them run out winners 20-8.

Nat Butcher makes a line break for the Roosters, but gets stopped by some scrambling defense.

Siosiua Taukeiaho fails with the conversion attempt. Goal kicking has not been very good from both sides in this one.

Keary kicks for Daniel Tupou, and it's on exactly the right spot. Tupou leaps above his opposite winger, and plants the ball in the corner.

The Roosters have one of their best opportunities of the half now, starting a set only metres from the Warriors' line.

Thomas Leuluai stabs a kick in behind looking for Gildart, but he loses the ball over the line. So close to a try...

Williams kicks in behind the defensive line, and the Roosters again will bring the ball away from their own line. The Warriors defensive effort has definitely picked up.

A poor end to the set, however, and the Roosters get a let off.

The Warriors force a line drop out after a great kick chase.

Hardaker misses with the conversion attempt.

And it's a try! The long pass to the wing was low, but Liam Marshall manages to get his foot to the ball, trap it, pick it up and score just before going out over the sideline. Great play.

The Warriors get their third set in a row here. They fire the ball out to the left edge, and we're going to the video referee for a possible try!

Siosiua Taukeiaho has the distance, and the direction. The Roosters extend their lead by two.

And now the Roosters gain a penalty. In an interesting move, they'll opt for the penalty goal from a long way out.

The Warriors kick for the right corner, with Sean O'Loughlin spotting a massive gap on the edge, but the kick lands slightly off the mark.

The Warriors kick for the right corner, with Sean O'Loughlin spotting a massive gap on the edge, but the kick lands slightly off the mark.

The Warriors are starting to look really good, keeping the Roosters on the back foot, and drawing a few penalties. This time it's Nat Butcher penalised. To be honest, Nat Butcher looks absolutely gassed...

Thomas Leuluai makes a half break, but he gets ankle tapped and brought down in a desperate attempt.

Cronk throws a cut out pass to Ikuvalu in open space, but Joe Greenwood comes across and smashes Ikuvalu out over the sideline. Strong defence.

But another mistake, with the Warriors shoved out over the sideline.

Some good defence from the Warriors to protect their line on that set. The Roosters kick across field looking for Ikuvalu, but Liam Marshall does a great job in cleaning up.

Hardaker takes a Cronk bomb and brings it to the ground, but heavy attention from Jake Friend forces a knock on. Big mistake, as the Roosters will now start a set from only ten metres out.

The Warriors kick high towards the Roosters' line. Morris goes up for it, but Liam Farrell tackles him in mid air. Morris has injured his ankle or foot in the process, but he's back to his feet.

Greenwood holds the ball up and tries to offload, but the ball drops low and a a try opportunity goes begging.

Sean O'Loughlin pinches the ball from Jake Friend now, and then draws a penalty for his team. Lovely play.

A little juggle from Tetevano, but he manages to hang on to the ball.

A brilliant run from Dan Sarginson, sprinting down field, but there's no support there for him to offload. The Warriors are only metres from the Roosters' line.

Back underway in the second half, and Wigan bring the ball away from their own line.

The Warriors just look a bit outmatched at the moment. There have been some glimpses of what they can do, but realistically it'll take a huge effort from them in the second half to claw back this game.

The last play of the half, and the Roosters throw the ball around looking for a gap in the defensive line, but there's none to be found. The Roosters go to the break leading 14-4.

A penalty to the Roosters on their own try line, but there are only 30 seconds left in the half.

On the last, Jake Friend thought he'd found a gap, but Sean O'Loughlin is up to the task and stops him a couple of metres short of the line.

Keary kicks for Joseph Manu on the last, but the Warriors tap it dead. Line drop out.

More easy metres for the Roosters after points, after the Warriors strip the ball in a 3 man tackle.

No bueno on the kick from Tedesco. In fact, it's one of the worst I've ever seen...

Some back to back erorrs from Wigan, putting themselves under defensive pressure deep in their own half.

The Roosters kick high on the last, and Tom Davies takes a great catch under heavy attention from Brett Morris.

Williams takes it upon himself to slow the play.

The ball hits the deck, and George Williams picks it up and sprints down field, before being dragged down just before half way.

Joe Greenwood gets up in Jared Waerea-Hargreaves face, and rocks him with a solid hit.

Joe Greenwood gets up in Jared Waerea-Hargreaves face, and rocks him with a solid hit.

An important set for the Warriors. They'll need to make some metres and try to string together some defensive sets.

Zak Hardaker misses with the conversion from the right sideline.

Spoke too soon. Tom Davies dashes for the line in the right corner, after a lovely catch, draw and pass from his Oliver Gildart.

Side to side from Wigan, but they don't really look likely to score points.

Another penalty to Wigan, with Jake Friend getting tangled around the tackled player and just being in the ruck for too long.

The Warriors have their best attacking set of the game now, as they start a set 20 metres from the Roosters line.

The Warriors get the penalty, after a talking to from the referee for both captains.

A bit of a scuffle now. And by scuffle, I mean 26 blokes running in and shoving each other around. Jared Waerea-Hargreaves flew in with a very late tackle on a player who had already passed the ball. The Warriors took offence, and a bit of push and shove broke out.

The Warriors force a mistake from the Roosters, and will feed a scrum 20 metres from their own line.

The Roosters get piggy backed by a penalty, and now will have a full set of six within the Warriors 10 metre line.

A much better set from the Warriors this time, leading to a bomb at the end of it. The kick chase is strong, but Tedesco is up to the task.

This time Taukeiaho makes no mistake with the kick, and the Roosters lead 10 nil.

And now Morris has picked up his second! Two tries in less than ten minutes in the the tri colours. Pure strength from Morris there, muscling his way over the line under heavy attention from four defenders.

A god set after points from the Roosters, and Cronk puts up a bomb that comes down metres from the Warriors' line.

Taukeiaho lines up the conversion attempt from almost the left sideline. A valiant attempt, but he pushes it just wide.

We have the first try! After some brilliant play from Matt Ikuvalu, keeping the ball in play, the Roosters storm their way down field, before Brett Morris crosses in the corner. Some poor defence from Wigan there.

Some strong defence from the Roosters in their first set, with the Warriors struggling to bring it out of their own half.

The Roosters have first use of the football.

And we're underway in the 25th World Club Challenge between the Wigan Warriors and the Sydney Roosters.