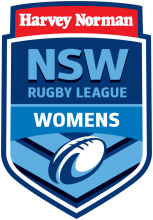 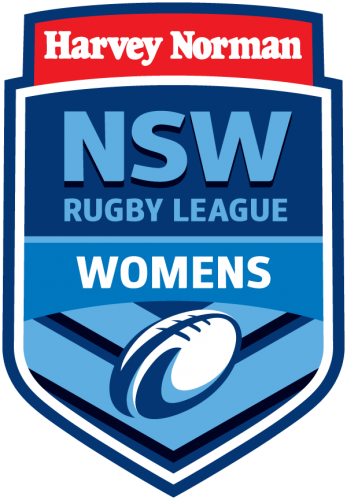 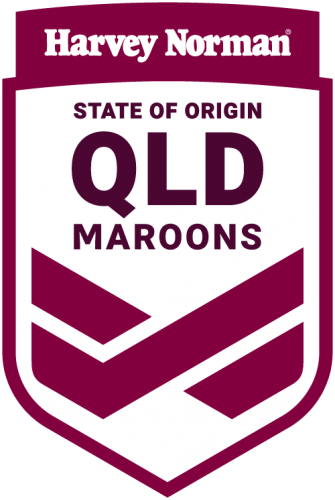 NSW has produced a brilliant second half performance to come from a halftime deficit to win by 14-4 in front of 10,515 fans at North Sydney Oval.

The Blues controlled the game and dominated field position for the early stages of the first half, but some penalties and good play by the Maroons saw them get right into the game and eventually claim the halftime lead. However the second half the Blues ran away with the match, lead by a brilliant Maddie Studdon performance, to retain the Origin title.

New South Wales had two good opening sets but were let down by poor kicks on the last, however on both occasions, the New South Wales outside backs caught the ball but were unable to keep it alive.

Briggenshaw then challenged the Blues left-hand short side defence, when she shaped to kick, before running to the line then getting a pass away, but the Blues defence shuts the play down on the last.

In the 11th minute Jenni-sue Hoepper kicked a 40/30. From the ensuing set, Heather Ballinger very nearly rolled across the line for a try, but she was held up. Brigginshaw then grubbered and Corban McGregor took the ball dead.

From the drop out, Queensland quickly got back into attacking position, where Brigginshaw held up a pass for Tallisha Harden who barged over for what looked like the opening try of the game, but it was called back due to a forward pass.

Play was halted temporarily in the 22nd minute while two of the Queenslanders received treatment for leg injuries. Chelsea Baker hurt her ankle while Brittany Brealey took a knock to her knee. Both players got back up and continued to play.

Queensland received two penalties which allowed them to march deep into the Blues half. In the 24th minute Tazmin Gray received the ball on the right side while flat-footed, threw a big dummy, a big gap opened up in front of her and she barged over for a try. Meg Ward was unable to convert.

On the stroke of halftime, Isabelle Kelly got a good ball to Shakiah Tungai who then kicked in-field, where a swarm of Blues players were lining up, but Annette Brander came from nowhere to clean up the ball and run it dead.

A Blues try went begging 4 minutes into the second half when NSW came back to the left side on the last through Maddison Studdon, who then put in a grubber. Shakiah Tungai read it beautifully and regathered, but was found to have just bounced the ball as she was in the process of scoring the try.

In the 39th minute, New South Wales finally got on the board. Dibb received an offload from McGregor on the right side, then ran to the line before sending a stunning cut-out pass to Sergis who scored out wide. Dibb failed to convert.

In the 45th minute the Blues took the lead when Studdon, on the last, shaped to kick and then hit Isabelle Kelly with a great pass, who then evades a tackle and draws the winger before passing to Shakiah Tungai who scored in the left corner. Studdon failed to convert from touch.

In the 51st minute New South Wales extended their lead when Studdon shaped to spread the ball right, dummied and then took on the line, stepped Jessika Elliston and planted the ball down near the upright for a good solo try. Dibb converted.

Studdon had a solid first half but was stunning in the second half, layed on one try and scored a great solo try in the space of 6 minutes to take the lead away from the Maroons and then extended it for the Blues.

Southwell was a brick wall in defence, especially in the first half, even pulled off a try saver.

Taufa was at her barnstorming best in the second half and wreaked havoc against the tiring Queensland middle forwards.