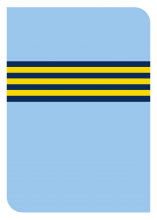 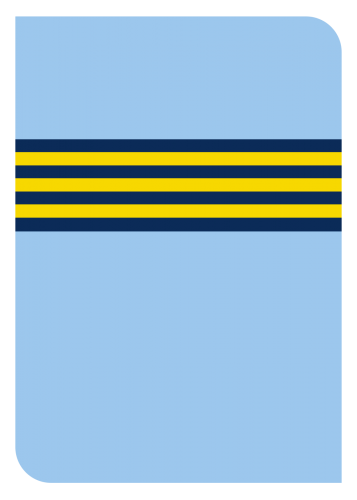 NRL Grand Final Day gets underway at 1:20pm, with the Queensland Cup premiers the Norths Devils meeting the NSW Cup victors the Penrith Panthers. The first of three massive games this Sunday at Sydney Olympic Park, the State Championship game has not been staged since 2019 due to the Coronavirus, and will return for its seventh edition.

Against all odds, the Norths Devils have achieved the double, winning back-to-back Queensland Cup titles in the 2021-22 seasons. Despite their coach Rohan Smith leaving at the beginning of the season to take up an opportunity with Leeds, the Devils showed their grit throughout the season, only just squeezing into the top four, and taking a very tough route all the way to the grand final. Their decider against the Redcliffe Dolphins last Saturday was yet another struggle. Played at Redcliffe's home ground, the Devils quieted the crowd early, and led the Dolphins 6-2 at the break. But Redcliffe, a side that had beaten the Devils by nearly 40 points in the regular season, fought back, and they were only two points behind at 12-10 with minutes remaining. It was the experience of Tyson Gamble for the Devils which set up the match-winning try, with a pinpoint kick for Norths winger Brayden McGrady extending the Devils lead to six. With less than a minute on the clock, a successful short kick-off from the Dolphins led to some chaotic final seconds, but Redcliffe couldn't capitalise, and thus the Norths Devils were crowned the 2022 premiers, and booked a date with the NSW Cup victors. With the wealth of NRL experience that is Tyrone Roberts missing from the 17 named on Tuesday, Connor Broadhurst will join Tyson Gamble in a new halves pairing for the Devils. Some reshuffling of North's outside backs has also taken place.

The Penrith Panthers are a force to be reckoned with in every grade. With their NRL side contesting yet another grand final, and their Jersey Flegg team crowned premiers in golden point last weekend, the club is experiencing success everywhere you look. Already with three titles under their belt for the 2022 season, the club could make it five this Sunday. On NSWRL grand final day last Sunday, the Panthers faced the Bulldogs for a spot in the State Championship. Talented Fijian outside back Sunia Turuva went over early, but the Bulldogs were quick to strike back. An O'Sullivan field goal on the stroke of half-time gave Penrith an 11 point lead, and it was Turuva who crossed for his second in the 74th minute which sealed the game and the premiership for the Penrith Panthers, winning 29-22. Penrith have had a tough road to qualify for this game. Finishing second on the ladder behind Newtown, they faced adversity in the first week of finals when first grade coach Ivan Cleary decided he required the services of the majority of his reserve grade side to play NRL. But it was an opportunity to showcase the Panthers' depth, and despite fielding a number of NSW cup debutants, they edged the North Sydney Bears, before upsetting the minor premiers the following week to qualify for the big dance. With key player Sean O'Sullivan not named on Tuesday, Jack Cole and Kurt Falls are the new look halves pairing. Luke Sommerton moves into the 17, named to come off the bench.

The Panthers have appeared twice before in the NRL State Championship, winning once. This will be the Norths Devils' first appearance.

Norths Devils halfback Tyson Gamble will have a lot of responsibility on his shoulders this weekend. Another experienced Devil's half, Tyrone Roberts, has not been named, and so Gamble must carry a lot of weight if his team is going to succeed in beating an impressive Penrith outfit. Gamble has made nine NRL appearances for the Broncos this season, and with Newcastle awaiting for his 2023 campaign, he'll want to end his time at Brisbane on a high, albeit playing for their feeder club.

The opposing halfback, Kurt Falls, is facing a similar prospect to Gamble. With star NRL-experienced half Sean O'Sullivan not named to play, Falls will need to step up and lead his team by example. Falls made his NRL debut with Penrith this season, making a total of three first grade appearances. The 26 year old has played 16 NSW Cup games this season, with Penrith losing just one of those, a sure good sign for the Panthers.

The favourite: Due to their large contingent of NRL-experienced players, Penrith are the favourites heading into this one.

My tip: The Devils have been in some red hot form of late, with three upsets on the trot and seven straight wins, they are brimming with confidence. Devils by 1.