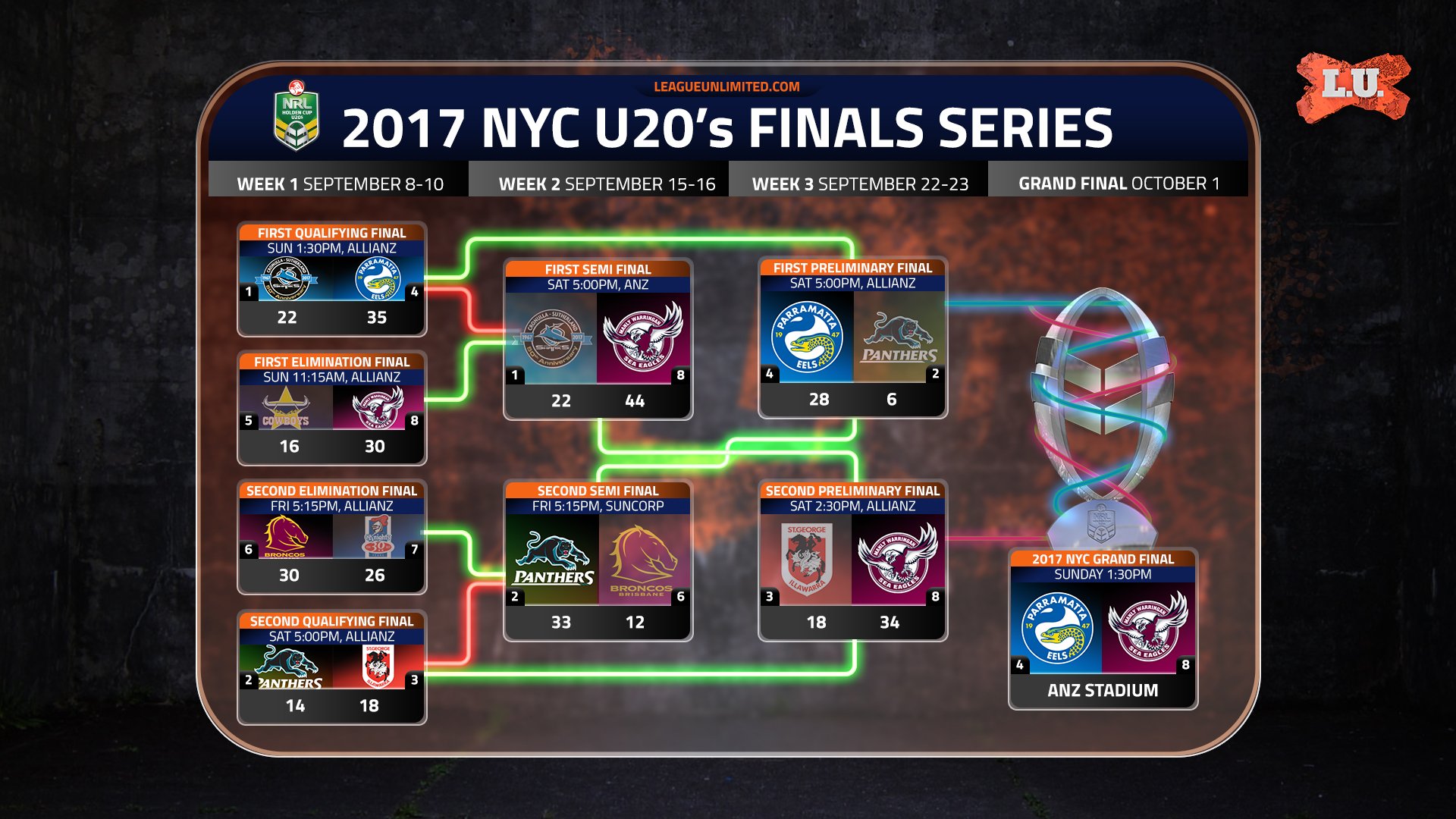 All the results and scorers from the Holden Cup Under 20's NYC Preliminary Finals.

Next week will see the Parramatta Eels and Manly-Warringah Sea Eagles face off in the final ever Holden Cup match - the 2017 NYC U20's Grand Final.