Warriors fullback and captain Roger Tuivasa-Sheck has taken til the last round to overtake Kalyn Ponga and claim the 2018 Dally M medal in tonight's ceremony at Sydney's Overseas Passenger Terminal.

Check out below our coverage of the night including all the award winners and the Team of the Year.

8:30pm - We're underway! An opening montage to remember the career of JT and launch into the Dally M.

8:38pm  - Rookie of the Year, the Peter Moore Award, to be presented by Kevin Moore.

8:41pm - Time to launch into the first part of the count.

8:45pm - After Round 16, Kalyn Ponga now leads on 22 points, ahead of Gareth Widdop & James Maloney on 17 points. Favourite RTS sits in seventh on 15 points.

8:49pm - Coach of the Year now, presented by Kevin Walters.

8:52pm - Captain of the Year, Walters still at the podium.

8:59pm - Sam Thaiday is on stage to attempt some comedy and honour the retiring players of 2018.

9:08pm - Hindy is on hand to present the Provan Summons Award (People's Choice).

9:20pm - It is now time to remember those who we've lost in the rugby league community over the past twelve months.

9:25pm - Tim Morrisey, the Telegraph's head of sport, is on hand for the Peter Frilingos Award for Headline Moment of 2018.

9:29pm - The Ken Irvine Award for the Top Tryscorer is now to be presented.

9:38pm - Tarsha Gale takes the stage with the presentation to come for the Female Player of the Year, joined by Karyn Murphy.

9:55pm - Team of the Year with CEO Todd Greenberg. 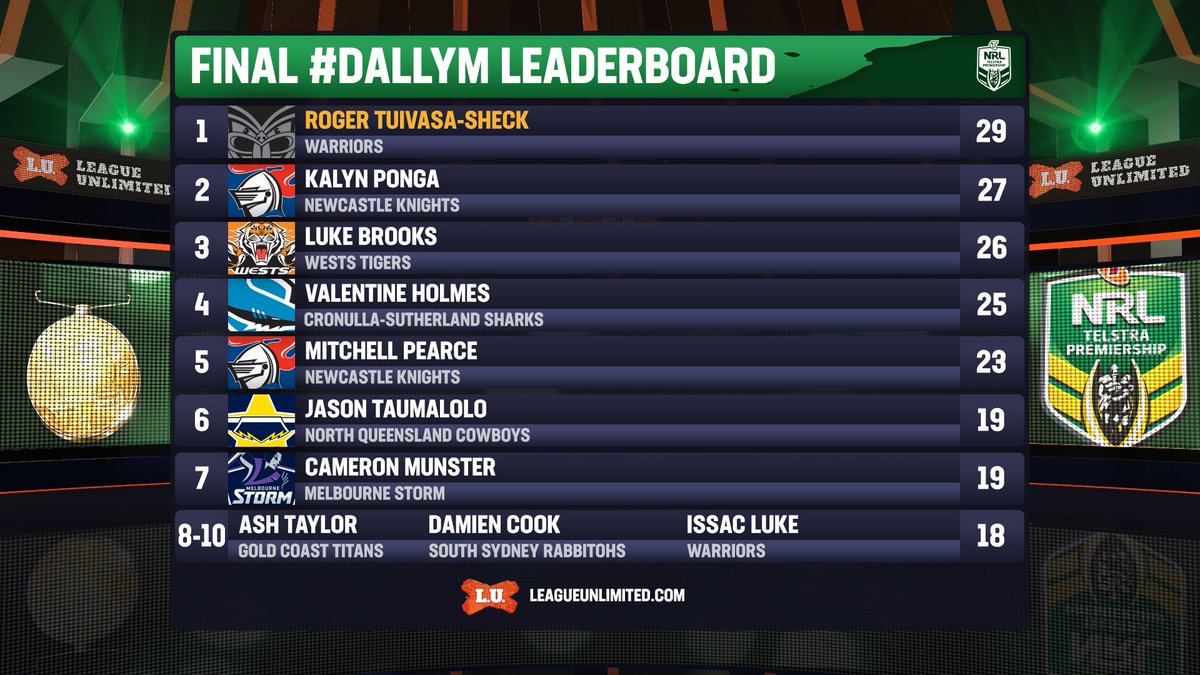