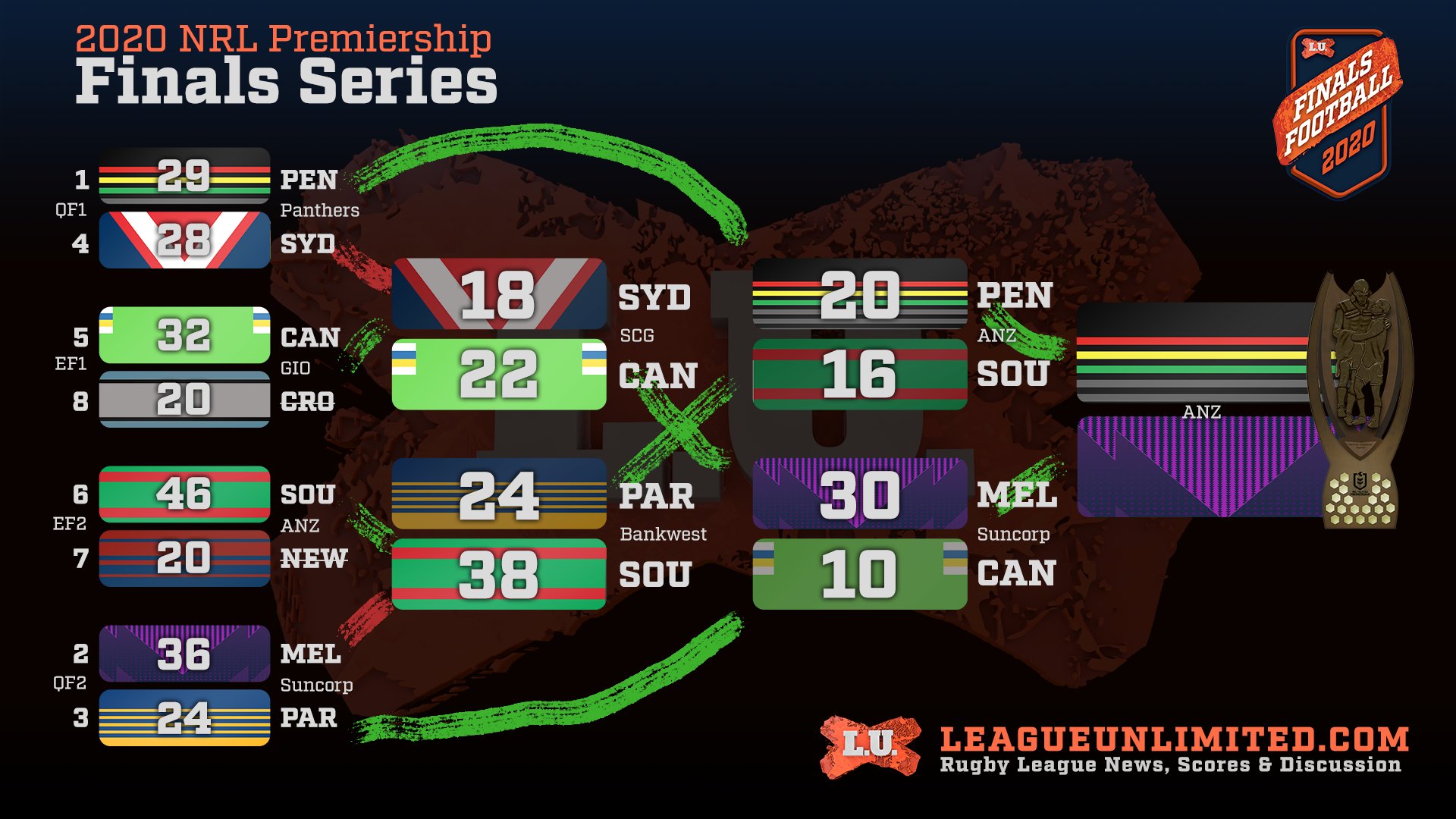 Monday's Expert is here - with the full results from NRL Finals Week 3, along with Match Review charges, LeagueUnlimited.com Player of the Year leaderboard, injury news, crowd and TV ratings info.

All listed times are AEDT (NSW/VIC/ACT).

No charges laid from this match

Melbourne confirmed a clean bill of health after this one.

The Raiders shot at redemption after falling short on Grand Final day last year comes to a disappointing end and they farewell a handful of players including English enforcer John Bateman and Bulldogs-bound winger Nick Cotric.

Melbourne are off to another Grand Final - their fourth in five years.

Penrith hooker Api KOROISAU had a concerning moment when he picked up what looked like a burner to his shoulder. He assured viewers post-game in an interview he won't be troubled and will line up next week. Viliame KIKAU missed the prelim win through suspension and will return in the back row next week.

An unlikely run from the bottom half of the eight ends for the Bunnies, their season ending on Preliminary Final weekend for the fifth time since 2012.

Penrith have qualified for their first NRL decider since they won the title against the Roosters in 2003.

Both finals recorded in excess of 30,000 fans as restrictions on COVID-safe venues continue to relax. There was some drama at Suncorp on Friday however:

BREAKING: #NRL fans entering Suncorp Stadium tonight after the ticket gate debacle which left 20,000 outside at kickoff were told "sit wherever you want" upon entering the ground after the gates were thrown open#NRLStormRaiders #NRLFinals
— LeagueUnlimited.com rugby league site & magazine (@LeagueUnlimited) October 16, 2020