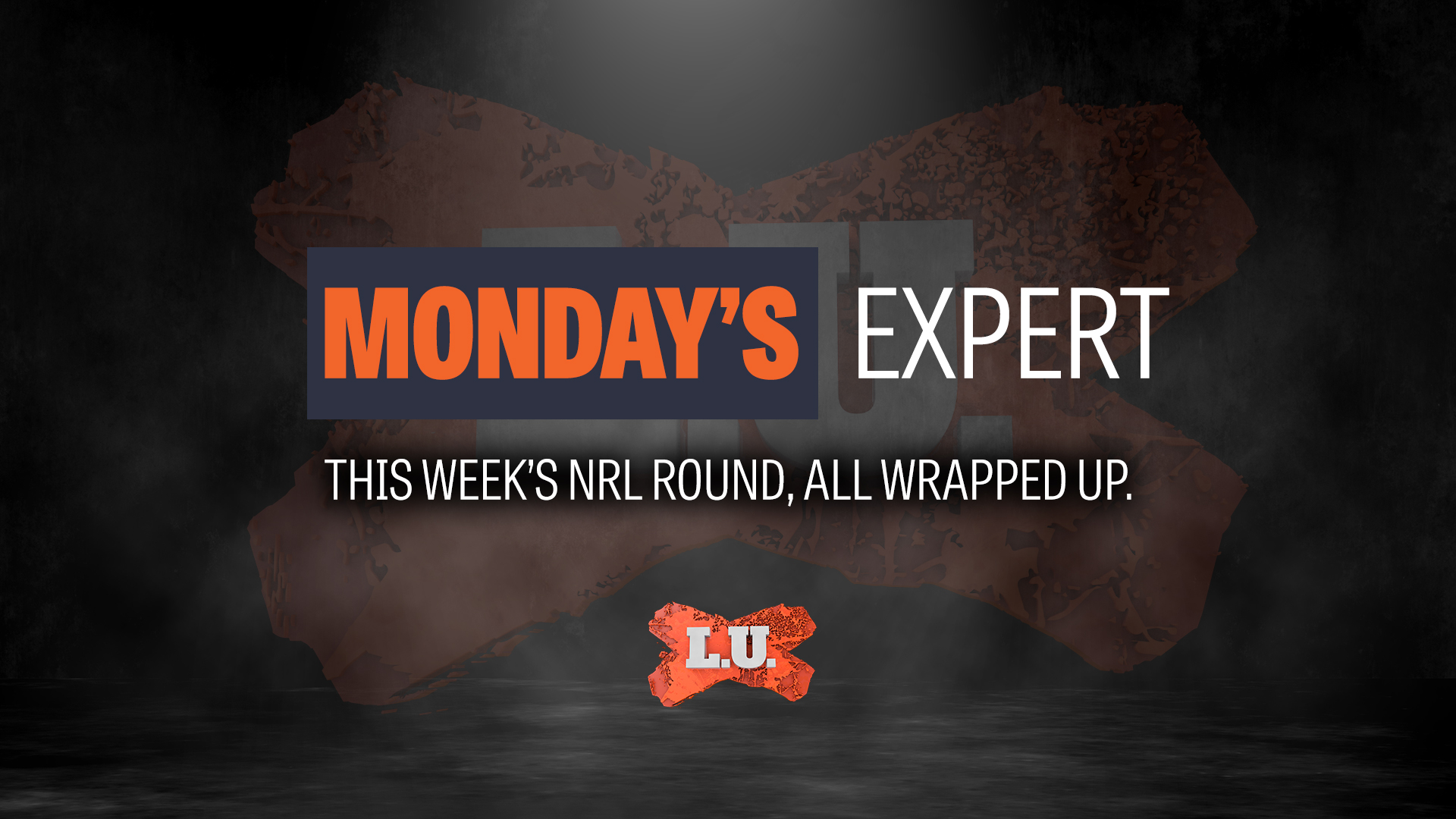 Monday's Expert is here for the first time in 2021 - with the full results from NRL Round 1, along with Match Review charges, LeagueUnlimited.com Player of the Year leaderboard, injury news, crowd and TV ratings info.

All listed times are AEDT (NSW/VIC/ACT).

No match review charges from this game

Canterbury's Nick Cotric has been issued a fine for a Grade 1 Careless High Tackle on Starford To'a. The base penalty is $1500 however with a non-similar prior offence (+20%), that goes up to $1850 for Cotric. With an early plea he can reduce it to $1350. UPDATE: Cotric takes the early plea. $1350 fine.

Chanel Harris-Tavita (Warriors) was charged with Grade 1 Tripping after a 46th minute incident with Patrick Herbert. He is looking at a $1500 fine which can be reduced to $1150 with an early plea. UPDATE: Harris-Tavita takes the early plea. $1150 fine.

Three Roosters were charged from this contest.

Back rower Angus Crichton is facing suspension from a Grade 1 Crusher Tackle on Taniela Paseka in the 36th minute. The base penalty of 200 points goes up to 240 with a 20% increase due to Crichton's non-similar prior. There's also 5 carryover points to add. He's facing 245 points (2 matches) if guilty, or 1 match from 185 points if he enters an early plea. UPDATE: Crichton takes the early plea. Suspended 1 match, with 85 carryover points accrued.

Last up is Jared Waerea-Hargraves, who's copped a Grade 1 Contrary Conduct charge for a 44th minute incident involving Curtis Sironen. The $1500 base penalty kicks up to $2100 for JWH given 2 non-similar prior offences. An early plea takes it down to $1600. UPDATE: JWH takes the early plea as well, $1600 fine.

Two Sharks charged - Jesse Ramien is facing 3-4 weeks for a Grade 1 Reckless High Tackle on Matt Dufty in the 18th minute. It carries a base penalty of 400pts, which is four matches if he's found guilty at the judiciary or enters a no contest plea. An early guilty plea would reduce it to 300pts, a 3 match suspension. UPDATE: Ramien has taken the early plea. He will miss three games and be eliglble to play again in Round 5.

Aiden Tolman picked up a fine for a Grade 1 Contrary Conduct charge on Mikaele Ravalawa in the 27th. He can contest and if he loses cop $1500, or reduce it to $1150 with an early plea. UPDATE: Early plea for Tolman and the fine is $1150.

Friday night's game saw concerns for Matt Lodge who injured his hamstring, and he looks like missing 2-3 weeks. Xavier Coates and John Asiata meanwhile will be assessed for their fitness after injuries to the neck and shoulder. So far they look likely to play.

Euan Aitken (Warriors - ankle) is in some doubt for his side's home game against Newcastle on Friday.

Kieran Foran (Manly - cork) should back up next Saturday after picking up an injury against the Roosters. Jake Friend (HIA) and Adam Keighran (wrist) weren't as lucky from the Tricolours.

Cody Ramsey limped off with an ankle complaint in the Dragons' loss to Cronulla on Sunday night but coach Anthony Griffin later indicated it wasn't a serious injury.

On the way back

Players listed below could be returning as soon as Round 2, whether from injury or suspension!

Our writers issue points every game for who they judge as the best player on the field. Below is the running tally for the season..