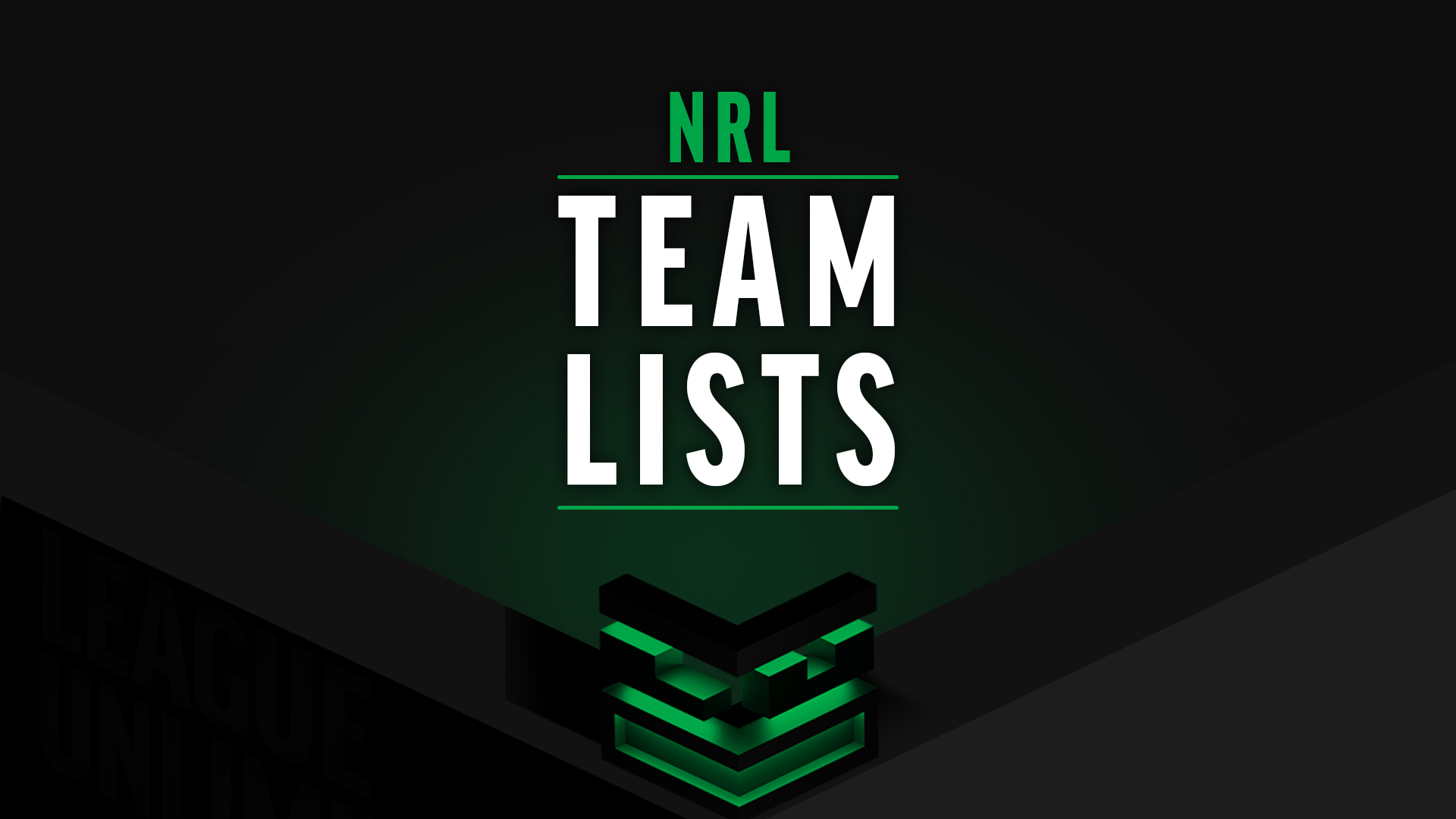 NRL premiership teamlists and officials for this weekend drop right here Tuesday 4pm AEST. Stay tuned across the weekend as the squads are updated and late mail is confirmed.