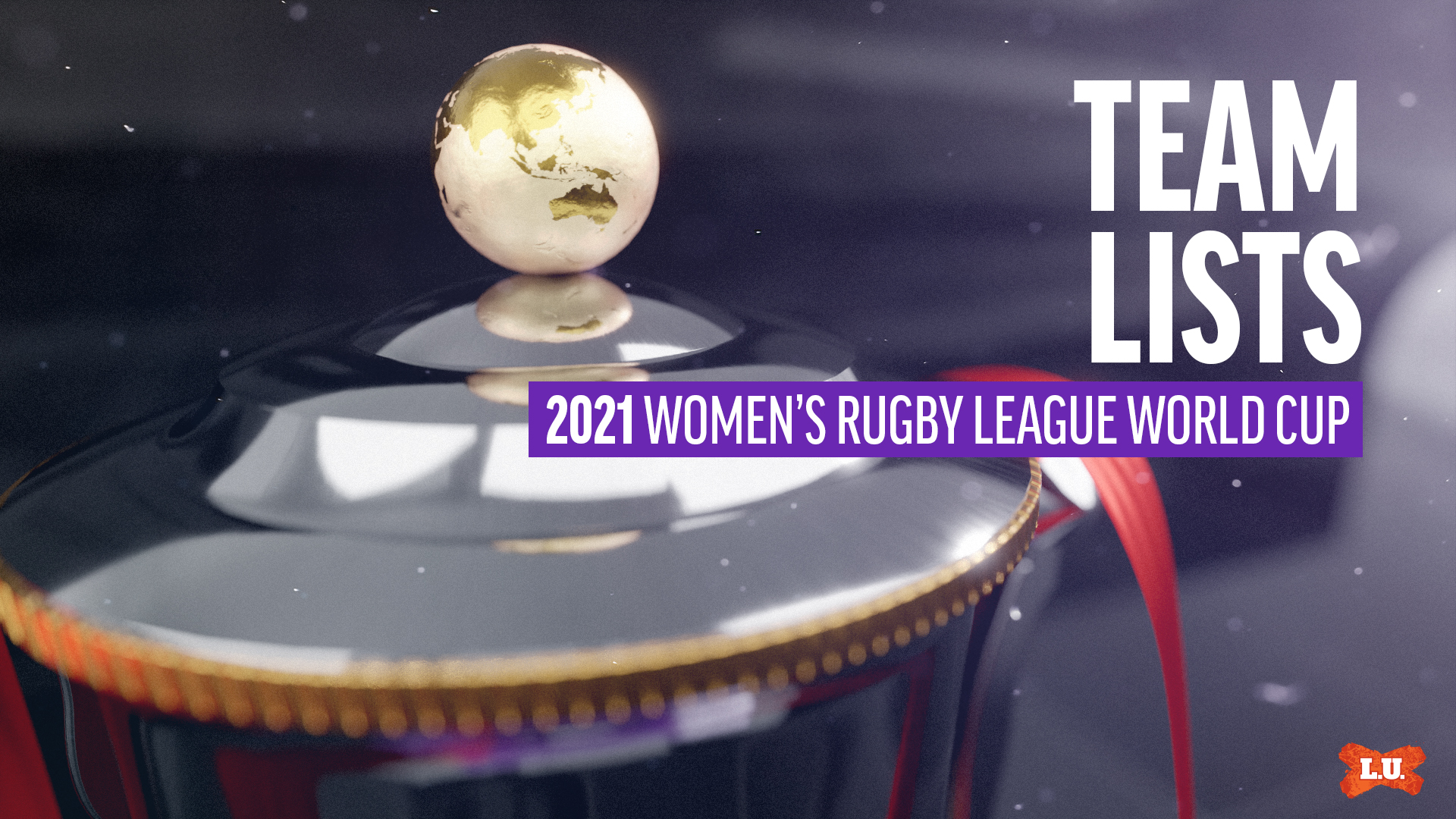 Teamlists and match officials for the third week of matches in the 2021 Women's Rugby League World Cup, being held in England, 9-11 November 2022.

Check back closer to the match for our previews of each game!

The final round of Pool matches for the Women's Rugby League world cup gets underway with the semi-finalists decided but there is still plenty to play for with the make-up of who plays who next week.

The opening match of Group A is a battle of the Americas with bragging rights going on the line over who is stronger, North America or South America as Canada take on Brazil with both sides looking to secure their first win of the tournament.

Canada haven't disgraced themselves in their two matches despite being heavily defeated against Papua New Guinea and England in their two matches. Over the weekend, Canada were outplayed by the vastly more experience England side who started fast and were able to outpower the Canadians.

There are a number of changes for the Canadian side with Dani Franada, Sarah Maguire, Jade Menin and Ferris Sandboe all coming into the squad whilst five players miss out from the previous match.

Brazil came into the World Cup with just two international matches under their belt in their history, but despite two heavy losses, the Amazonas have played well at times with their lack of experience being their downfall with their 72-4 loss to England and then 70-0 loss to Papua New Guinea.

The Amazonas will be looking to ensure that they continue to develop their game and the game in Brazil which can be helped by getting a victory over Canada.

Boosted by the return of captain Maria Graf after her suspension for tripping, the Amazonas have named her in the halves along with a number of changes to try and get their first win.

The second game will have big consequences for the make-up of the semi finals as England take on Papua New Guinea in a game that will decide who finishes first and second which will be vital to see who will take on either New Zealand or Australia.

England have been dominant on the scoreboard in their two matches with a 72-4 victory over Brazil and a 54-4 victory over Canada. Despite these big wins, the Lionesses haven't necessarily had things go all their way and a Papua New Guinea side brimming with confidence will be a big test for England.

Booking a semi-final spot was an expectation for the Lionesses but the contest against Papua New Guinea will be important to get some competitive action with a game against New Zealand and England.

The English have brought the changes again after seven stars were rested as they are treating the match as a must win contest. Catilin Beevers, Jodie Cunningham, Grace Field, Amy Hardcastle and Zoe Harris are all recalled to the contest after being rested against Canada.

The Orchids have had a World Cup to remember as they have made the quarterfinals but will be looking to continue their good form pulling off an upset over the host nation England. Papua New Guinea pulled off an important 34-12 victory against Canada and then surprised a few with their efficiency against Brazil in their 70-0 victory.

A big boost for the Orchids will be Shellie Long, Lisa Marie Alu and Emily Veivers all being returned to the side to strengthen them further. The Orchids have dropped Bertshiba Awoi, Tara Moxon and Veronica Waula from the side to allow for the return of those three players above.

Group B action again comes to us for York and like Group A, the contests are one of pride and then one to decide who finishes where on the ladder.

The opening game of the double header sees France who are the only side in the competition yet to score a point looking to not only score a point, but also to get their first World Cup win since 2008.

Comprehensively outplayed across two games, the World Cup has been a struggle for France and despite a solid opening 20 minutes in their first match, the French have struggled up against their bigger opponents losing 46-0 to New Zealand and 96-0 to the Jillaroos.

The clash against the Cook Islands will be a big key to see where the French sit at the moment in Rugby League as they look to rebuild as a side that has lacked competitive Rugby League for a while and boost confidence.

There are five changes for the French squad with Anaelle Meunier, Gaelle Alvernhe, Louisa Tooman, Melanie Bianchini and Zoe Pastre-Courtine added to the French squad after missing the contest with Australia.

The Cook Islands pulled off a major upset in the 2017 World Cup, but at the 2021 edition of the tournament, the Cook Islands have been up against it with clashes against Australia and New Zealand that saw them fall to 74-0 and 34-4 defeats.

Class and a lack of possession hurt the Moana in their opening game as the Aussies were quick to blow them off the park to the point that they couldn't do much when they did have the ball because, they were quickly set upon by their opponents.

The Cook Islands have suffered a major loss with Kimiora Breayley-Nati out of the contest who brings the majority of their experience at the top level. Beniamina Kolatu, Erikana Dean and Tetuanui Dean all come into the squad.

TIP: This is a tough game to call, the Cook Islands have probably had the better tournament and should be able to get away with the win despite the key out of Breayley-Nati. Cook Islands by 10.

The biggest game of the World Cup thus far, comes to fruition in a battle for first spot and could be looking to avoid playing England in the semi-finals early next week.

Dominating the competition, the Jillaroos have been almost perfect across their two games managing to score 166 unanswered points in their big wins over the Cook Islands and France. The scoreline doesn't show the true dominance of the Aussies especially given against France, the Jillaroos had an almost unheard of 80% of possession for the entire contest.

The contest against the Kiwi Ferns is naturally a big step up for the Aussies in quality of opponent and they will need to ensure that they are on their game and not fall into complacency after such dominant performances.

Jillaroos coach Brad McDonald has rung the changes again with six changes including big names Sam Bremner, Isabelle Kelly and Kezie Apps all brought back into the side whilst Evania Pelite, Holli Wheeler, Olivia Kernick, Shenae Ciesolka all miss out.

The Kiwi Ferns have been dominant in their two games but have looked a step underneath the power and dominance of the Aussies in the tournament scoring less than half the points of the Jillaroos at the tournament.

It was a slow start for the New Zealanders in their opening match against France but once they found their top gear they began to dominate against the French winning 46-0. The Kiwi Ferns then had bit more of a contest than what was expected despite winning 34-4 against the Cook Islands where their completion rate was around 70% as it was against France.

The Kiwi Ferns probably haven't necessarily been at their best (to me at least) in their two matches and will need to improve their level of performance if they want to bring it to the Aussies in their final Group match. The Kiwi Ferns have the ability but there will be a big question if they can step up their game to that of the Jillaroos.

The changes have been made heavily for the Kiwi Ferns with a number of key players set to return including Apii Nicholls who starred against France, Autumn-Rain Stephens-Daly and Georgia Hale all coming back into the squad which will be a big boost for New Zealand.

TIP: It's hard to go past the Jillaroos in this one, they've been almost perfect in their performances and despite the Kiwi Ferns being their toughest opponents they should be able to see them off and I think probably quite comfortably as well. Australia by 18.