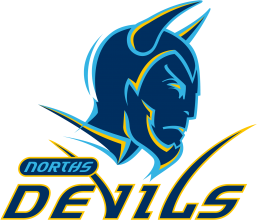 The Penrith Panthers have maintained New South Wales' dominance in the State Championship with a 44-10 victory over the Norths Devils in the first curtain raiser on NRL Grand Final Day.

After being denied early points through Sunia Turuva due to intervention from the bunker, Penrith captain J'maine Hopgood (7th minute) pounced on a grubber from Soni Luke to mark his final appearance for the club with a try.

Repelling their more-fancied opponents for much of the opening half, the Devils appeared to respond through Jacob Gagan only for the bunker to rule the former NRL outside back lost possession in the act of grounding the ball.

Completing a 12-point turnaround in the following set, Luke (29th minute) took on the line with a dummy to extend the Panthers lead.

Taking the score out to an unassailable 18-0 lead shortly before the break, experienced forward Matt Eisenhuth delivered a great pass to send Eddie Blacker (33rd minute) over next to the posts.

Continuing the rout following the resumption, interchange forward John Faiumu (45th minute) ran onto a short pass from Kurt Falls before the side went the length of the field from the kick-off with Robert Jennings (48th minute) finishing off a pass from Luke close to the line.

Defying a one-man deficit after Luke was sent to the sin bin for a professional foul, Luke Sommerton (63rd minute) exposed the Devils' feeble defence with a dashing run out of dummy half to give the Panthers their sixth try.

Finally getting on the board an hour into proceedings, Tony Tumusa (65th minute) finished off a superb piece of play involving a tunnel ball pass through the legs of former first-grader Leivaha Pulu to spare the Devils the ignominy of being held scoreless.

Closing out the match as it began with a try to Hopgood (71st minute), the Devils crossed for a consolation four-pointer through Rashaun Denny (74th minute) before Turuva (80th minute) streaked over on fulltime to round out the 44-10 demolition.

Setting up three tries and scoring one of his own, the well-travelled hooker was a standout for the victors.

Bagging a brace of tries in his final appearance for the club, the reserve grade captain led from the front.

Running for 250 metres and scoring the final try, the Fijian flyer looks set to play plenty of first grade in years to come.